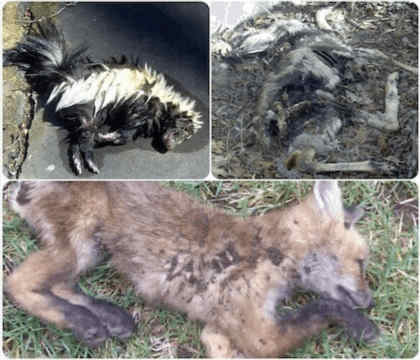 The circle of life is a vicious one with only one escape. Unfortunately, that means animals will die where they die, and they could potentially be right inside your home or outside your doorway. This makes dead animal removal New Brunswick NJ professionals invaluable to ensuring both your health and the health of your family if this situation arises. If you stumble upon a dead animal, you need a dead animal pick up New Brunswick NJ. Instead of trying to remove the animal yourself, we will remove a dead animal from your yard, under your home, under your porch or deck, in your crawl space, in the attic, from the pool, from your garage, basically, if there’s a dead animal, we’ll remove it for you! It can be extremely dangerous if you try to assess the situation and remove the animal by yourself as there are quite a few things that could go wrong.

If you are thinking of trying to remove a dead animal on your own, first of all, don’t. Simply put, it isn’t safe for you, and you could end up doing a lot more harm than good even though you mean well. It just is not a smart idea for someone without the experience and tools to try and remove a potential health hazard. Here just a few of the risks you’d be putting yourself under if you tried to remove a dead animal alone:

Why Should You Call a Dead Animal Removal New Brunswick NJ., Expert?

If you ignore a dead animal in your home or on your property in the hopes that it will just disappear, you are out of luck. The decaying process will begin pretty quickly, which means the corpse will be overrun with maggots and the stench of decay will be overpowering to the nose. Many a home have been abandoned because of this odor, it is nothing pleasant. The smell can grow even worse as time goes on and if the animal has died in your home, the stench will be magnified because of the enclosed spaces and a lack of space for the smell to escape to.

If you are unable to locate where the body is but know that it smells terrible, don’t worry, we can find it for you. Our dead animal pick up New Brunswick NJ., professionals know how to sniff out their final resting space. We’ll get rid of the smell and the body as well as any health hazards left over by the corpse, so you never have to worry about it again.